The other day, Suzanne and I went to see Star Trek: Beyond. As long-time Trekkers (Suzanne especially), we were eager to see the latest in the Star Trek reboot series.

The movie has many typical Trek elements. As usual, the Enterprise gets in a major scrape. On a mission, the Enterprise gets drawn into uncharted territory. They pick up a distress signal. As it approaches the planet, the Enterprise is attacked by a large cluster of hostile ships. They are under the command of an alien named Krall, who has a deep-seated hatred of the Federation. Krall is after a bio-weapon called the Abronath. But Krall finds it has already been taken.

Krall captures Uhura and Sulu, along with the rest of the crew. After Krall threatens to kill Sulu, a crew member, Ensign Syl, gives up the weapon. Krall takes Uhura and Syl into a chamber where he unleashes the Abronath, causing Syl to disintegrate.

Scotty encounters an inhabitant of the planet named Jaylah, who inhabits an early-generation crashed Federation ship called the USS Franklin. Jaylah traps Kirk and Chekhov, but releases them when Scotty says they’re part of his crew. Scotty, meanwhile, fixes the transporter on the Franklin, enabling him to transport Spock and McCoy there.

Unfortunately, Uhura and most of the crew are at Krall’s headquarters, and Scotty says he can’t transport them from there. So they head to Krall’s headquarters. Kirk creates a diversion while the rest fight Krall’s men. Krall and his men head towards Yorktown, where he can activate the Abronath. The crew heads to Yorktown also, and a battle ensues.

Eventually, they find information leading to Krall’s true identity from decades ago. I won’t reveal it to avoid spoiling the plot, but suffice it to say that Krall has what he considers very good reasons to carry a long-standing anger at the Federation (you may agree), and he was not always the monster that he is when the Enterprise finds him.

It is that anger that turned him into the vicious monster. He has been stewing in this anger (perhaps legitimate) for decades and it has warped him. Kirk, of course, tries to save him from what he has become, but to no avail.

Needless to say, Kirk and the Enterprise crew save the day, but again, I don’t want to spoil the plot. Suffice it to say that Krall meets a very unhappy fate. The crew then helps Jaylah get into Star Fleet Academy.

What is the lesson of this movie, aside from never mess with James T. Kirk and the Enterprise? It’s a very stark reminder of the power of anger, of how it can warp us if we let ourselves stew in it rather than letting it go. Krall is transformed by his anger at the Federation into the monster we see for most of the movie. Had he just let go of his righteous indignation, he might have been able to make a better life on the planet, perhaps lifted himself and the inhabitants. Instead, he became the vicious Krall, who is a danger to everyone.

Being angry is occasionally justified and always destructive. But it’s best to let it pass through, or become a stimulus to constructive action. When you hold onto it, it is extremely harmful. Letting go can empower your life; holding on can bring out the worst you have. As Raymond Charles Barker tells us in a chapter title from The Science of Successful Living, “Resentment Is Ruin”. Let it go, and you can “live long and prosper.”

This is definitely a movie you will enjoy and it will teach, as well. It’s one to see. 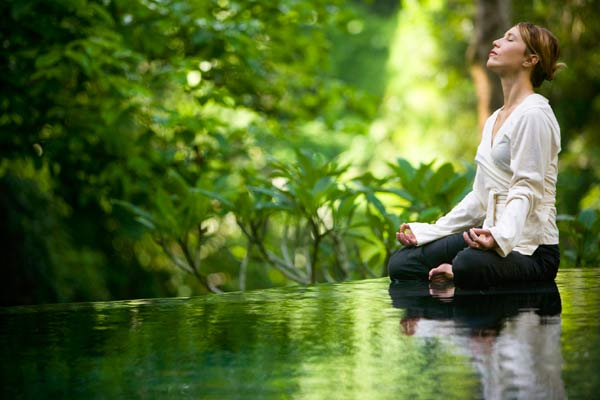 Well, life has its ups and downs.  This week I’ve been down because of the Dallas shootings.  But, I had an up getting word that a hero of mine, Shariff Abdullah, has a new book trilogy coming out.  He taught about Nonviolent Communication years ago.  A good friend also went into surgery to have his bladder removed because of cancer.  A downer.  Yesterday he was pronounced “Cancer Free” so it’s up from here on.  And they all go on from here.

I sit here now just knowing that Divine Life has both Ups and Downs.  It is all God at work.  Sometimes we can’t see the good so we think “downer”.  Just as often, we see the Good and think, “Ah, an Up”.  I find my peace by simply recognizing and accepting it all as Divine, as God at work in our life here on this Earth.

Both the Ups and the Downs allow me to feel my Unity with others.  I am One with the people of Dallas; I am One with Shariff Abdullah, I am One with my friend, both before and after his surgery, who is again “Cancer free”.  And it goes on and on, my feeling my Oneness with everyone going through the Ups and Downs of life.  I accept that Oneness constantly.

I realize that both shock and joy connect me with those involved in either or both.  I focus on that sense of connection and rise above the Ups and Downs of life to just know that All is Good and All it God.

I gratefully accept those Ups and Downs, knowing that I have ways of becoming grateful for both.  I just accept my gratitude as deeply rooted in the Ups and Downs of life and I am just Grateful for Life, overall.  I simply say, thank you Spirit for the power of these words to bring Life to us all, knowing “these words” include “Up” and “Down” in life.

So, I release these words into the Law of the Universe, simply trusting that “Up” and “Down” are both Divine.

Treatment by Rich Kurasiewicz, RScP
Recently we experienced the Summer Solstice and the first day of Summer, and as we come up on the 4th of July holiday: school’s out, summer vacations and fun are in. Let’s not forget our Independence Day and freedom! While it is significant that we live in a country where we have freedom, we also are free spiritually to choose what we think. As Ernest Holmes said, thoughts are things and we are co-creators of our lives as individualized expressions of the divine. We can change our lives by changing our thinking–this is the ultimate freedom! We can change our thinking through daily spiritual practices by focusing on the Truth that sets us free, living from within out and not letting external circumstances (effects) drive us. We can achieve what we can visualize and believe! And so we pray….       God is the One Power and Presence, the entire Universe, the Creator and the Creation, All Life and everything there is. God is omnipresent, omniscient, omnipotent, and omnibenevolent; God is All-Good! And, I am that I am—the divine is in me and I am in it. I am One of the Father and the entire Universe. I am created in the spiritual image and likeness of God.  I am a co-Creator; I am perfect, whole and complete!
Just as I am perfect, whole and complete, each and everyone is perfect, whole, complete, eternal and immortal–a spiritual and individualized expression of the divine. I declare that each and everyone is the activity of God as Love and Joy in the world and a blessing to themselves and everyone they come into contact with as we are divinely guided, directed, led and protected to our highest good and greatest yet to be. I know that we see Good in everyone and everything and are grateful for the manifold blessings already in our lives or are manifesting through faith and prayer.                I know that each and everyone is aware of and focused on the Truth that sets them free as we live in the freedom of an expanding consciousness of the Truth. I know that each and everyone is grateful for the freedoms of living in this nation and which further expands our consciousness. Good and more Good manifests abundantly and we accept it with gratitude. It is the Father’s great pleasure to give us the Kingdom!       I am so very grateful for the Truth, the blessings and the Good that are present in our lives and our nation. And I release my word unto the Law where it is already known in the mind of God. I know that my word will not return unto me void. I do give thanks that this is so and so it is!
Treatment for June 27, 2016